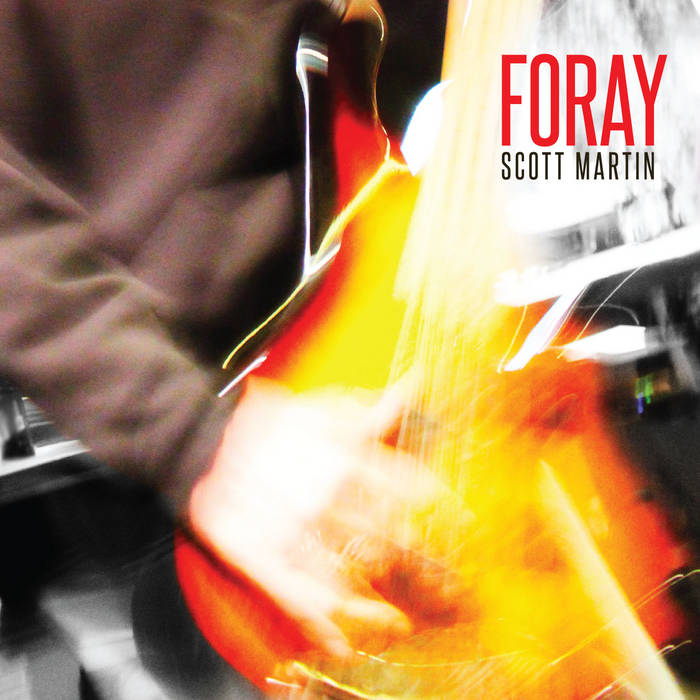 Josh Donald Scott has a release that is such a joy to listen to! Excellent riffs. Great classic structure. You can tell he has been influenced by many wonderful artists but has found a way to use that influence and turn it into his own.

Buy this! It will be worth your listening time.

Thank for the tunes Scott! Favorite track: Breaking Up With Lady Luck.

Despite making music for quite a while (with a variety of groups including drunkdude69, Foonspeeders, Thomas Reed Smith etc) I have really never made an album that had my name on it front and center. As the definition above says, this is my first time - be gentle.

There is another layer to the name of this record. Ray Leonardi, one of my closest friends, passed away unexpectedly not long ago. He was an avid music fan, and we spent countless hours listening to music, drinking adult beverages, and going to see shows.

We used to get together with friends and play a game in which everyone got to add some songs to the playlist and you'd have to guess who added which tunes. Ray always loved him some classics: Ramones, Iggy Pop, the Clash. He dug modern acts too, like Metric, Silversun Pickups, and Foals. Occasionally he would surprise us with a left-field, highly secret pick - like Paula Abdul.

Sometimes, if Ray had a pint or two over his limit, he'd be less than polite if he thought your musical selections were crap. "Play something GOOD!" he would intone. He couldn't always articulate exactly what was "good". But we all knew.

His enthusiasm for the beginnings of this set of songs was unbridled. He loved the rock guitars and the amazing drum tracks laid down by Jim Evans and Steve Renko. He was very much looking forward to helping me out with his promotional skills once it was done.

I initially wanted to keep the instrumentation to guitars, bass and drums in an effort to do something different from DD69 and the other projects I've worked on for years. Ultimately, though, I felt like something was missing. When I started to add some synth tracks to flavor things I realized that was the puzzle piece that I had wanted to find.

Even if he would have listened to it and said, "Play something GOOD!"

*** I am donating part of any money made by this album or these songs to the American Diabetes Association in memory of Ray. Thanks for listening ***

Bandcamp Daily  your guide to the world of Bandcamp